Like many people living on the West Coast, my first introduction to churro’s was amid the tasty backdrop of Disneyland’s Main Street. The crispy crunchy combination of fried dough covered in cinnamon and sugar became a staple and must-have anytime visiting the Magic Kingdom. Now, living in San Francisco, I often see the more true origin of churro’s, in little push carts in the streets of the Mission district, on a regular basis. While I don’t often indulge in the long sticks of spicy delight while hitting up the mish for some tacos, it’s a flavor combo I still hold dear to my heart, and if you throw that shit in some ice cream I’m on it like an abandoned twenty dollar bill. Coolhaus’ Street Cart Churro Dough combines brown butter ice cream with cinnamon sugar churro dough and a chocolate chip swirl.

When I initially read the description of this flavor my eyes lit up with excitement over the brown butter ice cream, which is one of my favorites, and I’m happy to report that Coolhaus delivered big time with its execution. It’s velvety smooth and creamy with an unmistakable browned butter flavor that accentuates the richness of the high quality dairy perfectly. The butter is incredibly authentic, and even leaves a slick on my tongue like I just put pack multiple handfuls of freshly popped movie theater popcorn. It’s a subtle spin on your average vanilla or sweet cream that elevates ice cream’s decadence to new heights when it’s done well, and this one is exceptional. 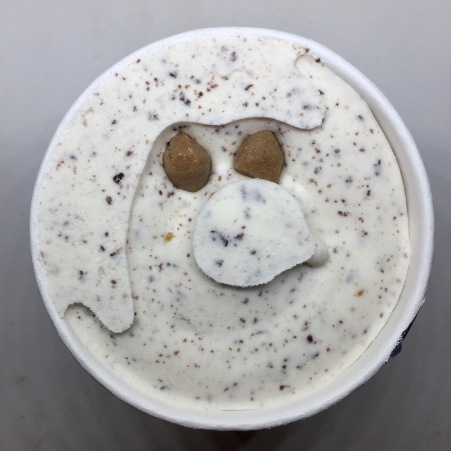 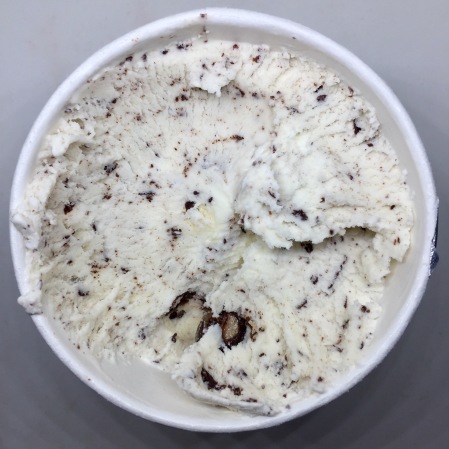 The pieces of churro dough are also really good. They’re small gritty balls of cinnamon sugar delight very reminiscent of the mix-in from Ben & Jerry’s Cinnamon Buns with a bit more crunch and salty shine. While their overall flavor is definitely sweet, there’s an undercurrent of saltiness that really drives the dough-y component home. The cinnamon pops strong against the brown butter base and the two work together perfectly. 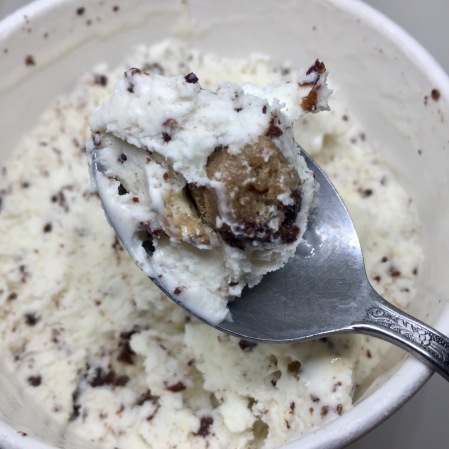 Calling the chocolate chips a swirl is pretty accurate, as they’re more integrated specks of chocolate throughout than actual chunks of chocolate. The pieces remind me a lot of the shavings in Baskin Robbins’ Chocolate Chip, and they bring more gentle crunch than actual chocolate flavor. The integration of flecks of chocolate rather than B&J’s style chunks or flakes is awesome as it allows the buttery cinnamon flavors to be the star of the show, and I’m never taken out of the creamy churro fantasy. 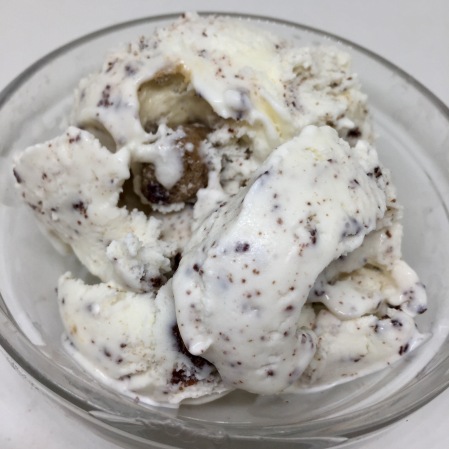 This flavor is currently only available to be ordered through Coolhaus’ online shop, but when it makes its way into grocery stores early next year it will be a standout offering in the frozen section for those lucky enough to have it. Brown butter ice cream is very rare in more mainstream outlets and hopefully this one sparks a change, because the extra depth and richness is terrific.
Rating: 9/10 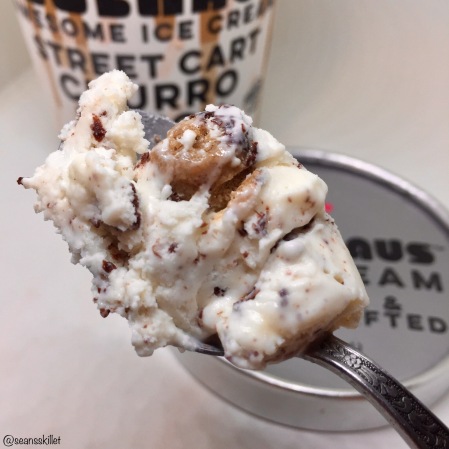