If I could eat Reese’s Peanut Butter Cups every day for breakfast and not feel like a pile of garbage, I probably would. My fantasy was somewhat fulfilled as a youngster when I was beckoned to the TV as another young white boy hollered at me “It’s Reese’s…for breakfast!” My head turned and my life changed, when Reese’s Puffs cereal was gifted to the world in the mid-90’s. From that moment on the Puffs became one of my favorite cereals, and up there with Cinnamon Toast Crunch and Count Chocula, it has maintained a stronghold on my nostalgia-fueled favorites as I’ve gotten older. Whether tugging at our Reese’s Puffs memories or just realizing PB and chocolate is one of the greatest flavor combo’s ever, Cheerios came strong this autumn with a new member of their preferment lineup – Chocolate Peanut Butter. 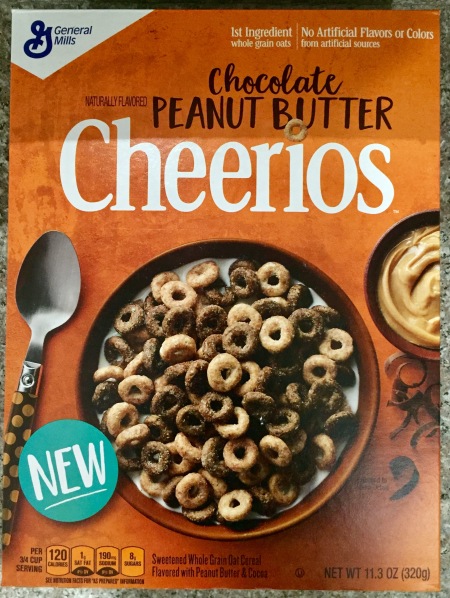 The cereal has a great, sweet peanut butter-y aroma mixed with the whole oat goodness you know and love from Cheerios. Visually they’re very appealing with an equal amount of tan PB and brown chocolate O’s mingling together to create a wholesome version of one of the greatest duos of all time. 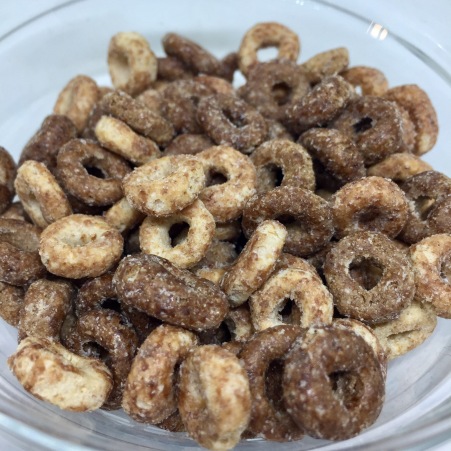 What’s most impressive about eating these Cheerios is the authentic peanut butter slick that coats the pieces of cereal. Peanut butter is the third ingredient on the label, and I was pleasantly surprised that the PB presence pushes beyond flavor and translates to a wonderful fatty texture as well. The pieces taste like peanut butter and chocolate but also very distinctly Cheerios, and much like Honey Nut and other sweetened varieties, the sugar content isn’t so much that it takes away from the base flavor of the notoriously heart healthy breakfast option.

In milk the peanut butter mouthfeel is much less apparent, but the smoothness is still in tact with the natural texture of the milk. Once fully submerged in the cold creaminess the lower sugar content as compared to Reese’s Puffs is more obvious, and it eats a lot more like an “adult cereal” than a cartoon kiddy classic. There’s a nice, genuine bitter cocoa flavor that pops up over the PB and compliments the fatty nutty qualities really well. The chocolate and peanut butter are balanced with neither really taking the other one over, and every bite has a solid distribution of both flavors. 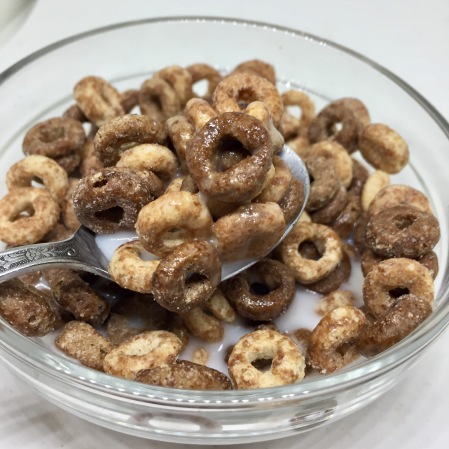 Are Chocolate Peanut Butter Cheerios better than Reese’s Puffs? Nah. Nothing can top those sweet crunchy balls of goodness; but this is a great addition to Cheerios’ strong lineup of cereals that still feels more responsible than eating candy for breakfast. And the milk that’s leftover after a hearty bowl? Pure bliss.