Happy Thanksgiving eve everyone.  Ahead of the biggest most extravagant eating day of the year I thought I would post one last seasonal protein bar review in honor of the day’s most acclaimed dessert…

If Quest bars were crowned the king of the portable protein world (they are), then coming in at a strong second would be the ONE lineup by Oh Yeah! Nutrition. I don’t mean to imply that Quest and ONE are my personal favorites, but they without a doubt have the strongest presence at gyms, supplement stores, grocery stores, and even gas stations.  Oh Yeah! have joined the pumpkin party with a seasonal release in honor of autumn’s favorite pie, which marks the twelfth release for the ONE brand.

The first thing I noticed when biting in is the texture is softer than all other ONE bars. I’m not sure if this is intentional or the extra fresh nature of a seasonal release, but it works well to emulate the dense yet fluffy texture of pumpkin pie. The drizzle on top is aesthetically pleasing and the aroma carries a gentle waft of cinnamon that is neither unique or offensively strong. Unfortunately, beyond cinnamon there are no other distinct spices that can truly be tasted, some of which, like nutmeg and cloves, should be present to really feel like pumpkin pie. 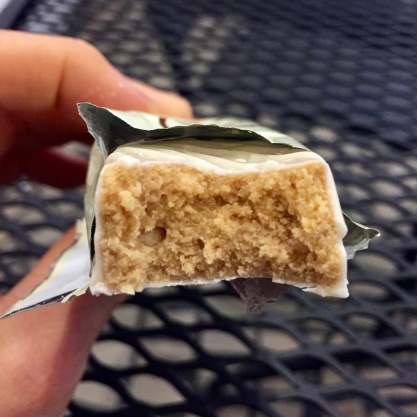 Where this bar is an absolute glowing success though, is the undeniable presence of the taste of crust. Somehow the Oh Yeah! company have managed to emulate that bready flaky flavor into a soft squishy bar. Every other bite you get hit with a burst of sea salt like you’ve scooped off the pies’ innards and went straight for the base. Much like the buttery aura of their Cinnamon Roll bar, ONE have managed to pull off the ultimate mind trick and put forth one of the most interesting flavor simulations I’ve ever had in a protein bar. 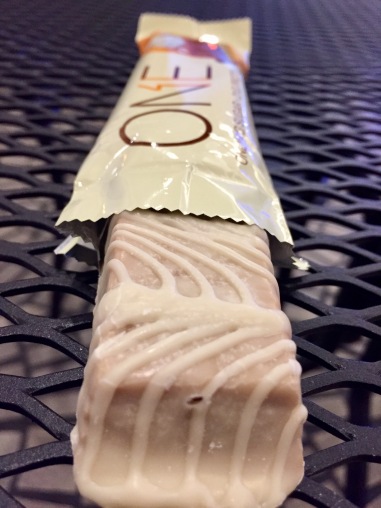 While far from perfect at hitting all of the spicy complexities of pumpkin pie, the ONE bar version is without a doubt the best attempt I’ve had so far. Not as solid as some of the others in their permanent lineup but still better than a lot of other options on the market.

Trader Joe’s turned Jingle Jangle into a BIGGER pretzel?! 👀😭💕 ⁣
I’m a bit of a skeptic when it comes to Dunkin' (team mom n pop and Krispy Kreme all day) but every once in awhile it drops a new, more premium donut that catches my eye. Last month Dunkin’ released the Cookie Butter donut and I simply had to ask myself — how could I not? The donut is a classic yeast shell filled with cookie butter buttercream, topped with maple icing, and covered in a layer of cookie pieces.
Thin Mints? Nah, it’s all about the Samoas! This packed pint from @badwalters pays homage to one of my favorite cookies ever. Today on the skillet - Scouts Honor. Link in bio! ⁣
A new sweet and salty creation from @lays is here…but can it stack up with our dearly departed?! 👀 ⁣
Can we all agree that pecan pie is the king of the dessert table at Thanksgiving? I don’t know if that’s a hot take because yes, pumpkin pie is amazing too, but, c’mon, a good pecan pie is the TRUTH! Dustin at BSBC seems to agree with me via this new addition to the November lineup. P-king is a molasses brown sugar cookie with brown sugar Pop Tarts, oatmeal cream pies, cinnamon chips, and candied pecans, stuffed with a Crown Royal pecan pie filling, rolled in cinnamon sugar.
Sprite Winter Spiced Cranberry Zero Sugar is BACK! But this is my FIRST SIP! 🤯 ⁣
Loading Comments...
%d bloggers like this: