It’s true.  In a time when chicken has become a taco shell and Twinkies have been turned into ice cream, it’s only fitting that Girl Scout cookies are now breakfast cereal.  As if we couldn’t get enough overpriced factory cookies into our diets in the first quarter of the year, we now have an excuse to start our day with this indulgence as well.  General Mills have teamed up with the little hustle-Scouts to unleash Limited Editon Thin Mints sweetened whole grain corn cereal. 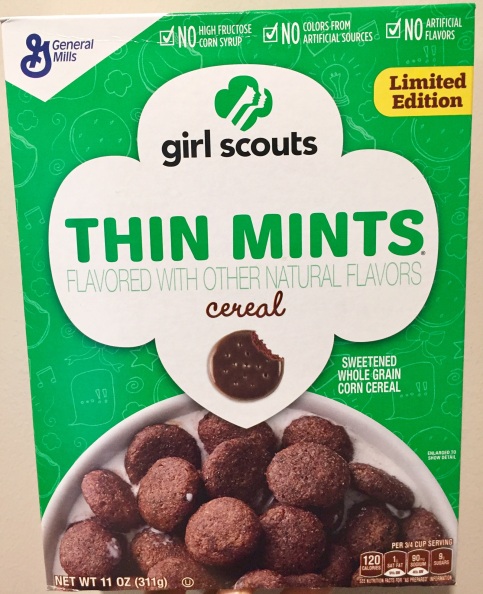 Opening the box the smell immediately screams Thin Mint, with a chocolate and mint aroma that favors the mint slightly more than the chocolate.  The taste of the dry cereal builds on that smell but pushes the chocolate a little more to the foreground, with a minty, distinctly spearmint tingle rounding out the bite.  General Mills seem to have achieved the right balance between the two flavors, with the mint definitely present but not lingering with any toothpaste-y consequences.  The finish is classic corn cereal, with that sweet vegetal crunch that tastes oddly like a hybrid between a Girl Scout cookie and a Cheeto; which isn’t as weird as it sounds considering how awesome I think Sweetos are. 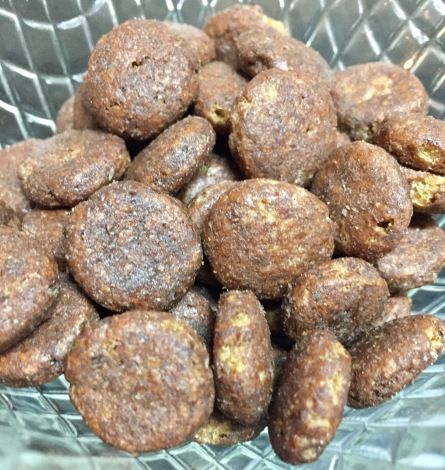 When combined with milk, the chocolate smell intensifies and gives my nose signals that I’ve just opened a fresh sleeve of Thin Mint cookies.  Unfortunately, that intensified smell doesn’t translate to the flavor, as the notes that were prominent on the dry tasting all dull significantly and become much less unique.  The cereal holds its crunch well, but the perfectly balanced mint takes a backseat to not only the flavor of the corn and chocolate but the milk as well.  After crunching along through the bowl with mixed feelings I was pleasantly surprised to have a mellow but noticeable minty-ness in my mouth when I was done eating. 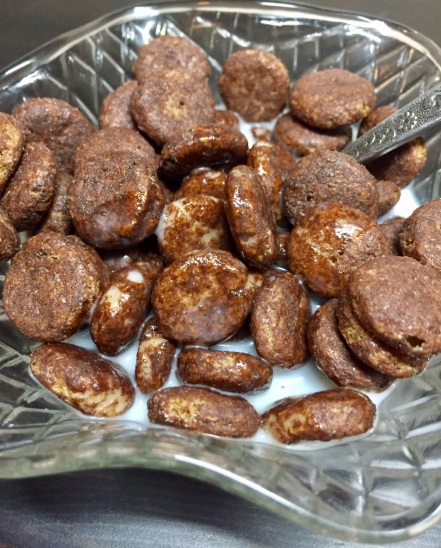 A breakfast cereal, even a sweet one like this, will never truly be able to emulate a cookie (think: Cookie Crisp), but this is a pretty decent attempt at putting an American snack time classic into our milky bowls for the morning.  I have never seen mint used like this before and I’ve got to give General Mills credit for taking that risk and doing a good job of getting the balance down to give honor to the cookie as well as making a tasty new product.  I don’t think I would rush out to buy this again but would definitely recommend it to anyone who loves Thin Mints; plus, it’ll go great on top of some ice cream (which I have done, and can confirm its greatness). 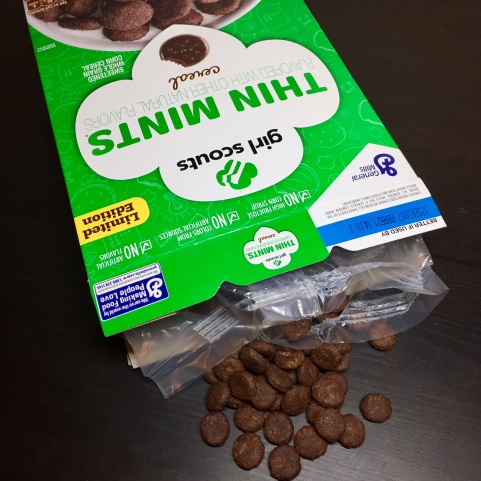