Coconut is one of the most intensely polarizing flavors I have ever come across during my eating escapades.  Some people love it and want to bask in its nutty glory in their coffee, on their donuts, in their curry, coating their chocolate, and on their shrimp.  Others find the taste disgusting, and liken it to drinking a tub of sunscreen, with no enjoyable qualities either sweet or savory.  It is for this reason, I think, that we don’t see nearly as many coconut ice creams lining the grocery freezers as any number of chocolate, vanilla, caramel, and berry varieties.  Stepping up to the daring plate, much like they did with their intense Bourbon Praline Pecan flavor, Haagen-Dazs have delivered Toasted Coconut Caramel, which combines coconut ice cream with toasted coconut flakes and swirls of dulce de leche caramel. 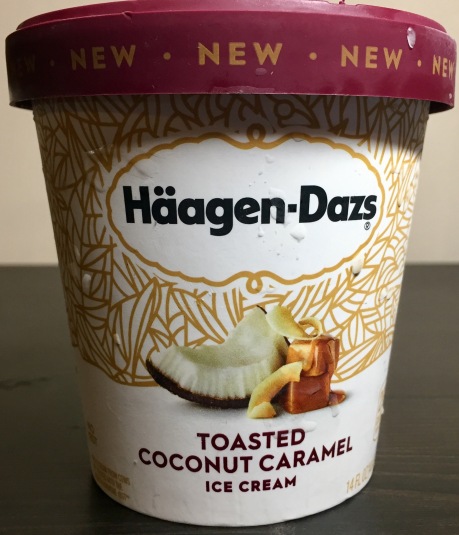 Immediately upon scooping into this pint I’m smacked over the head with big, bold coconut flavor. The one-two punch of coconut ice cream with toasted coconut flakes leaves nothing to the imagination if you’re seeking a taste of the tropics, and I’m generally impressed with how strong the flavor is. The grittiness of coconut flakes could be off putting to some but I don’t mind the added chew and it doesn’t take away from the creamy indulgence that ice cream should be.  There are so many coconut flakes that it’s nearly impossible to isolate the base and it’s unclear how much of the nutty flavor is coming from the ice cream as opposed to the flakes themselves, but it doesn’t really matter as the point is made and it is strong. 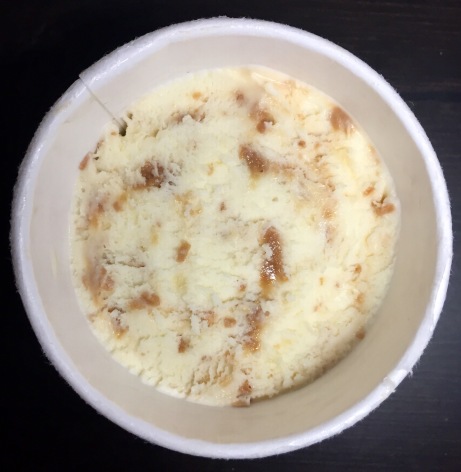 While the dulce de leche caramel in this flavor is perfectly fine and adds some extra sweetness to the equation, I can’t help but feel as though it could have been a lot better. It doesn’t really stand out much against the other two components, and even when I isolate some pure caramel on my spoon I don’t get much toasty caramel goodness – just sort of flat sugary goo. Maybe I’ve just been spoiled by so much extraordinary Salt & Straw caramel recently but I would love a little bit of salt or toasty darkened caramel as opposed to the standard dulce de leche to help elevate this pint to another level and add some extra depth of flavor. 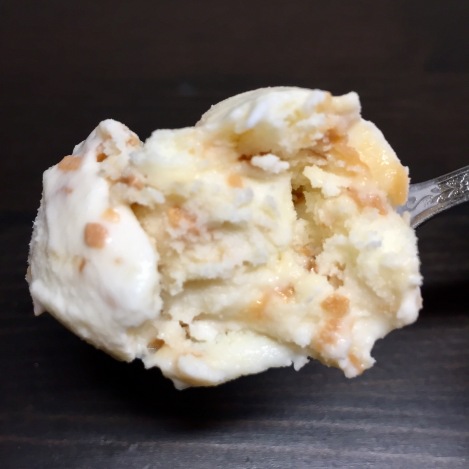 The combination of the intensely toasted and textured coconut with the pure sweetness of the dulce reminds me a lot of Samoas Girl Scout cookies, and had they thrown in some chocolate chips or a fudge swirl this could have easily been branded as such.  If you’re looking for a big blast of coconut in your ice cream this will definitely leave you satisfied, but ultimately there wasn’t enough going on in this flavor to be super crave-able or warrant a repeat purchase.
Rating: 7/10
Found at: Safeway ($3.99)