If you love ice cream and you don’t know about Little G it’s time to learn about the internet-driven gourmet ice cream movement.  What Grace is doing out of her small commercial kitchen in Massachusetts is not only delicious but insanely fun.  Late last year she asked fans to submit flavor ideas for a run of seasonal pints to start 2017 and one of the winning suggestions was That Peanut Butter Brownie Dough, which is her own spin on the Ben & Jerry’s 2014 limited batch Peanut Butter Half Baked.  The flavor combines chocolate and peanut butter ice creams with brownies and peanut butter cookie dough chunks.  Are you awake yet?

Wow.  Sometimes the apprentice surpasses the master and that skill set is on perfect display in this pint.  The peanut butter ice cream has a very genuine nuttiness to it that isn’t very sweet, but isn’t salty either.  The peanut flavor comes through in a soft yet rich way that has just enough character to stand up to the chocolate, which is velvety smooth and has cocoa notes somewhere between milk and dark – not quite bitter but not too heavily leaning on milky-ness.  It’s hard to get two separate ice cream bases to work harmoniously in one flavor and these two are a lovely brown and tan yin and yang. 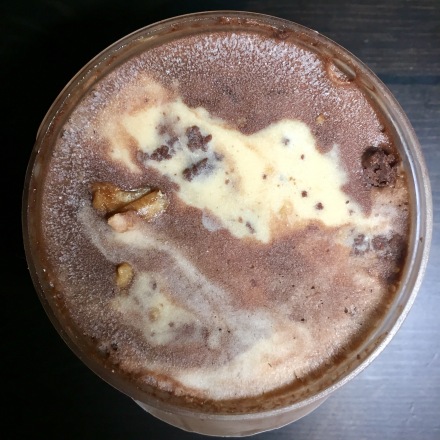 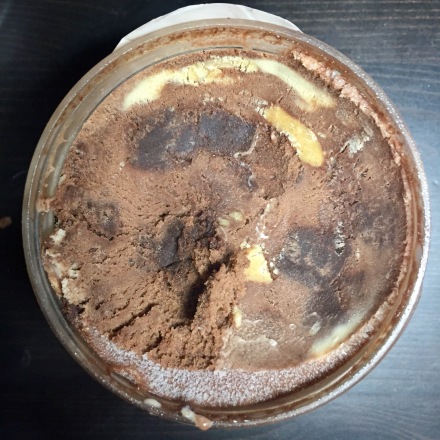 The mix in density is absolutely spot on.  While the ice creams have a chance to shine with their melty mouthfeel and subdued sweetness, the real star of this show is the fudgey as all hell scratch made brownies.  These are the best brownies I have ever had in an ice cream, and are firm enough to be solid chunks but have maintained all of their fresh-out-of-the-oven squishy chew that make brownies unique from cookies.  They are sweeter than either of the bases which elevates the flavor to a whole new level of eyes closed brilliance.  When I get a bite with chocolate ice cream and brownie together the taste transforms into a decadent richness that reminds me of chocolate cheesecake and is over the top with indulgent intensity.

This is an entire chunk of flawless brownie

The only thing holding this pint back from being absolutely perfect is the peanut butter cookie dough.  While the dough is still really good, I wish it had a little bit more dough-y butteriness and rich peanut flavor to really stand out against the other three very strong components.  The chunks are big and succulent but missing a little something, I think a touch more salt, to really drive the experience into something transcendent.  Even though I wanted a bit more pop from the dough, I still found myself gleefully excited having a piece of unbaked cookie that took up nearly my entire spoon.  Eating Little G is a completely different experience of ice cream exploration and this was a fantastic journey.

Note: This flavor can’t be purchased anymore but on May 1 Little G will be announcing their next line of limited flavors and you never know what Grace may have whipped up this time.  If it’s your first order from Goldbely use code seanpancake0 to get $25 off!! 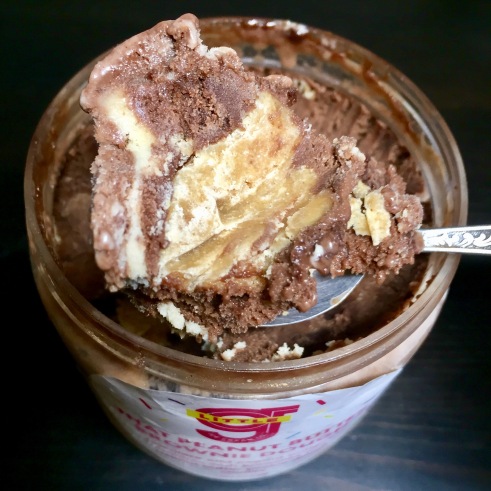