The modern age of gourmet ice cream can be highlighted by one dense, intense, and hopefully ample, element: the mix-in. Yes, a super premium base is still key, but all of the things that compliment it are what separate many brands killing it or falling short in the gourmet game. Chunks of this and gobs of that all define the evolution of what craft ice cream has become – but where did it all begin? In 1973 in Somerville, Massachusetts, Steve’s ice cream was the first shop to use the term mix-in, and rather than have the classic array of strawberry or chocolate chip, Steve allowed customers to choose whatever they wanted to mix into their ice cream and create flavors as simple as Heath bar and vanilla (the original) or as insane as their mind could dream up. Of course, this concept is much more reminiscent of what would become Dairy Queen’s Blizzard and McDonald’s McFlurry, but the idea of putting multiple, possibly contrasting, elements into an ice cream base was born in the 70’s by Steve Herrell.

Now that you’ve had a brief history lesson, I’ll share the good news that Steve’s is still making premium ice cream with mix-ins galore, and my first taste of his innovation cream-age is Southern Banana Pudding, which combines banana ice cream with banana pudding and a vanilla wafer crumble. 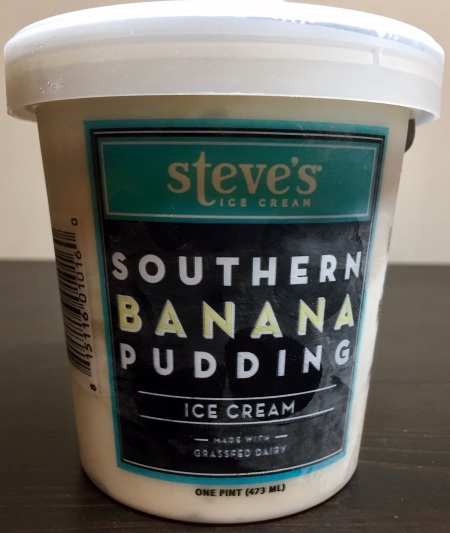 The banana ice cream is of great quality, with a smooth and creamy mouthfeel that melts effortlessly and leaves a nice velvety feeling on my tongue. The banana pops through very organically without any strange artificial notes and has a flavor that is strong enough that it doesn’t fade too quickly and leaves a lasting banana flavor in between bites. It’s one of the most enjoyable banana ice creams I’ve had and reminds me a lot of a milkshake made with just vanilla ice cream, milk, and bananas – minus the chunkiness. 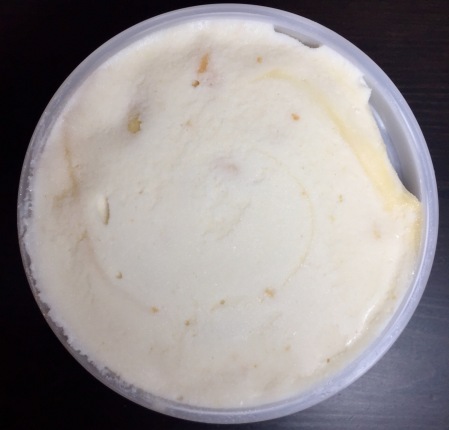 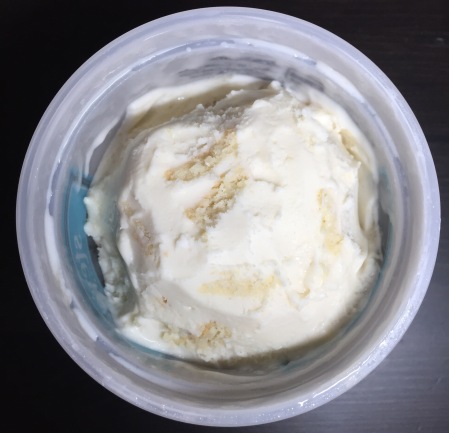 The swirl of banana cream pudding brings more solid banana flavor with a sweeter presence than the base and a jelly-like consistency that seems perfectly accurate for a frozen pudding. The two components play off of each other really well, heightening the banana effect and giving the pint more depth than if they were trying to operate on their own. The flavors don’t seem redundant and operate more like a team, delivering the big bold tropical fruit flavor very successfully.

The final piece of the banana pudding puzzle are the vanilla wafer cookies, which are integrated very well all throughout the ice cream and have softened even more than their usual self with a texture that feels somewhere in between a cookie and a cake. The subtle vanilla flavor of the cookies is indistinguishable amongst the huge wash of banana, but the textural contrast is great and as well executed as I would expect from the company that started the mix in revolution. All of the components work harmoniously on the spoon and channel the indulgent Southern treat with success.