As a wise man once said, “you’ve gotta get your daily turd-shaped protein injection somehow…”. Okay, maybe no one ever really said that, but I love me a good protein bar and when a new one pops onto my radar I’m eager to get a taste – turd shaped or not. The Pro Supps MyBar came onto the scene within the last year but I had yet to see them in stores, and I’m not one to take a gamble on ordering a box of 12 blindly. As I strolled the selection of porta-gains at GNC I noticed two MyBar’s tucked away on the bottom shelf, and I knew the moment was mine for the taking.

The MyBar looks very much like a Combat Crunch or MuscleTech Nitro and texturally falls somewhere in between the two. The bar is noticeably smaller but has a pretty solid density to it that makes it feel hearty in my hands. It should be noted that while they have similar calories and protein to the CC and MT bars, they’re slightly higher fat (10 grams) and lower carb (17 grams), which could be a pro or con depending on what kind of macros you’re looking for in a protein pick-me-up. 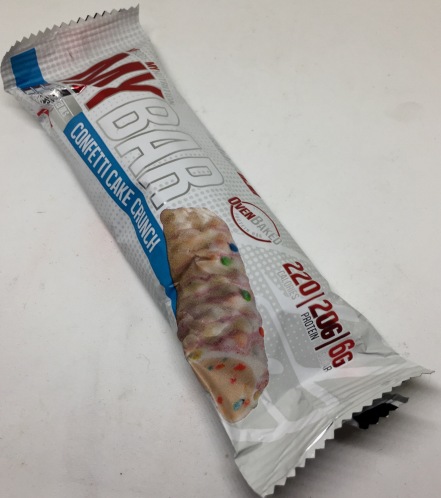 Fortunately the flavor of the Confetti Crunch doesn’t have any of the weird lemony Froot Loops aura of the Combat Crunch and is much more in line with MuscleTech’s solid spin on cake. It starts off cake-y and channels frosting with some nice vanilla notes and definite party vibes. The taste fades quickly and ends pretty flat with a protein supplement finish that doesn’t live up to the sprinkle crunch texture of the bar. Eating this bar reminds me a lot of Zebra Stripe gum – it starts begins with a wonderful bold flavor that is gone almost as soon as it arrives. 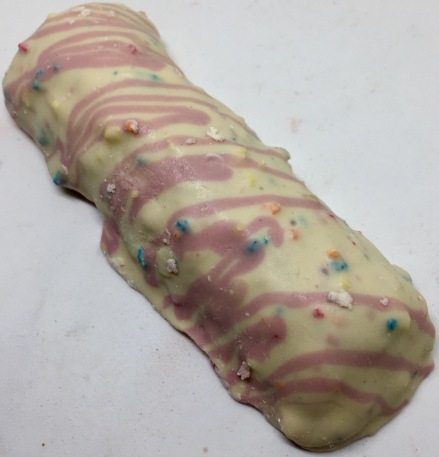 When all is said and done it simply isn’t sweet enough, and for a bar with 6 grams of sugar I would expect a bit more sugary push to round out the lovely frosting beginning. It isn’t disgusting, but doesn’t reach the high points of the MuscleTech or Oh Yeah! ONE, so I’m not sure why I would get this one again. 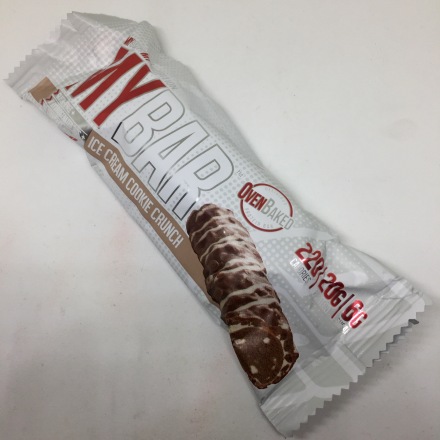 This bar has one of the more interesting names I’ve seen from a supplement company, and as good as an ice cream-y protein bar sounds I’m pretty skeptical of their ability to deliver. My suspicions are correct, as aside from a pretty notable creaminess in the outer chocolate coating of the bar, nothing translates ice cream here at all; not to mention ice cream doesn’t typically crunch, so the name is pretty confused overall. 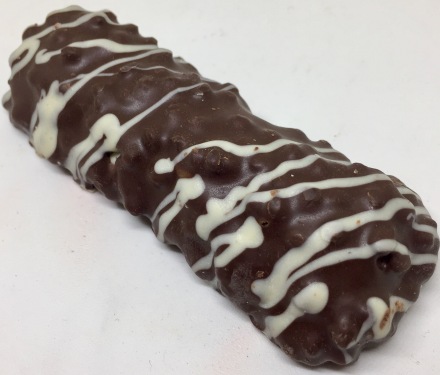 It’s a pretty standard chocolate coated chocolate protein that has a nice dense-yet-soft, almost truffle kind of texture, with only a bit of decent flavor to back it up. Much like the confetti, it begins pretty sweet with some crunchy bits and fades very quickly to finish on a protein-heavy note that leaves a slightly dry, almost chalky feeling on my tongue. It’s fine, but again, nothing at all remarkable, and doesn’t come close to any of the chocolate Combat Crunch bars, which in my opinion are the best in the game.

Quick Nutrition: Identical to above except 400mg sodium