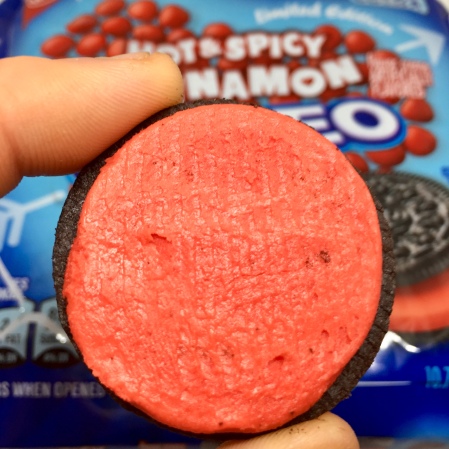 I love cinnamon. Give it to me all day every day. While I think it’s best in baked goods, ice cream, and used as seasoning for any number of sweet and savory dishes, I am a fan of candies like Hot Tamales, Cinnamon Bears, and the old school candy this Oreo’s crème is modeled after – cinnamon imperials, most commonly known as Red Hots. I’m not sure anyone really buys or eats Red Hots on the regular, in fact, I think the only time I’ve had them in the last ten years is in the great Red Hot Banana ice cream from Humphry Slocombe. Still, I like the flavor of cinnamon candy and Oreo’s original chocolate wafer, so this odd pairing should at least taste agreeable. 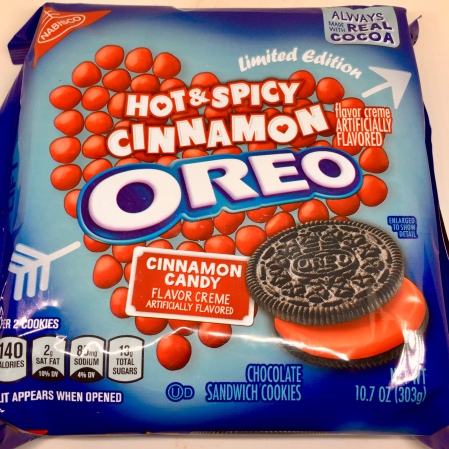 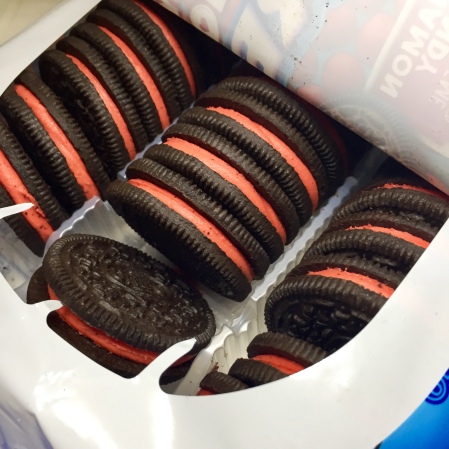 Yep, the Hot & Spicy Oreo are exactly as described. The aroma is a great mixture of sharp cinnamon sweetness reminiscent of a candle, and slightly bitter cocoa. The flavor is spot on cinnamon candy, without going too overboard so as to leave a tingle or harshness. It’s a very well balanced crème that, while a little strange, completely delivers the flavor it promises in a way that works as a cookie. The crème is also very soft and almost melty, very similar to the Apple Pie Oreo, making for an interesting texture contrast against the soft and crumbly wafer. 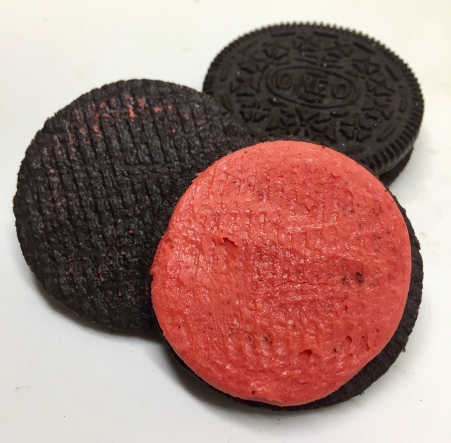 I like these cookies, but I don’t think I will ever crave them. Sharp super sweet cinnamon just doesn’t register on the same level of deliciousness that earthy, buttery, rich cinnamon does. They aren’t gross, but much like the fiery bedroom antics of a good V-day, the fire sizzles out quickly, and I think you’ll be hard pressed to want to eat more than a couple.