I tend to like variety in my sweets, and especially in ice cream. Different layers, textures, and flavors that work together to create one sumptuous symphony of taste sensation. But at times there’s something appealing about excess. Tons of chocolate, tons of peanut butter, tons of caramel, or less commonly, tons of white? Magnum’s new line of pint tubs has one unexpected, and potentially one-noted offering in White Chocolate Vanilla, which combines vanilla ice cream and white chocolate shards in a cracking white chocolate shell. 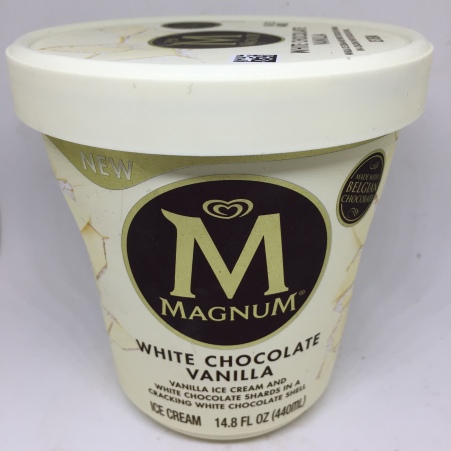 Let me preface all of this by saying I don’t think I’ve ever had this much white chocolate in an ice cream ever. White chocolate bases are pretty hard to come across in general, and while that isn’t in effect here, there’s no doubt that the often criticized “fake” chocolate is the star of this frozen show. That being said, the vanilla ice cream is absolutely fantastic. It’s incredibly sweet creamy, but not heavy at all. It has a slightly whipped consistency, not in the slow churned style of light ice creams, but more like an amazing whipped butter, or better yet, buttercream frosting. 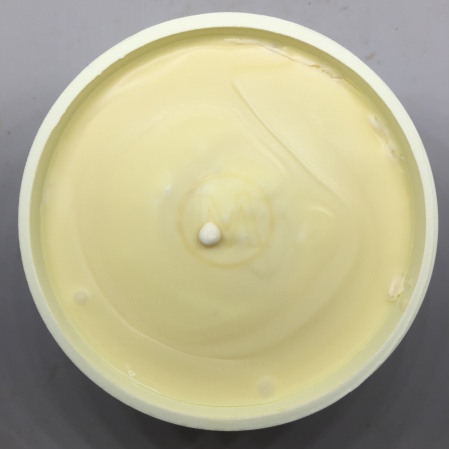 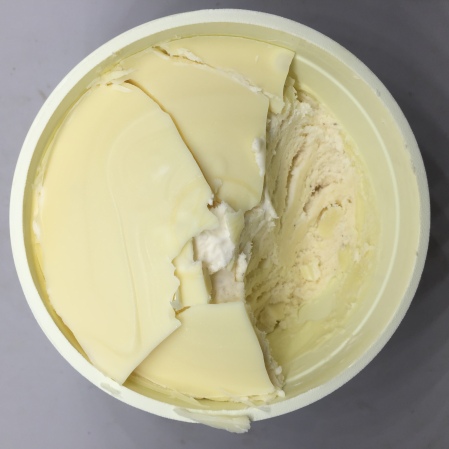 The white chocolate on top and sprinkled in shards throughout the pint is without a doubt the highest quality I’ve experienced in ice cream and it is divine. The cocoa butter heavy chocolate is exceptionally smooth and creamy with a superbly sweet meltiness that blends harmoniously with the fluffy yet decadent vanilla base. While I worried that the subtleties of white chocolate would get lost against a vanilla backdrop, the end result is the exact opposite, and a great reminder that a good vanilla ice cream is anything but plain, and can be fantastic as a flavor all on its own. 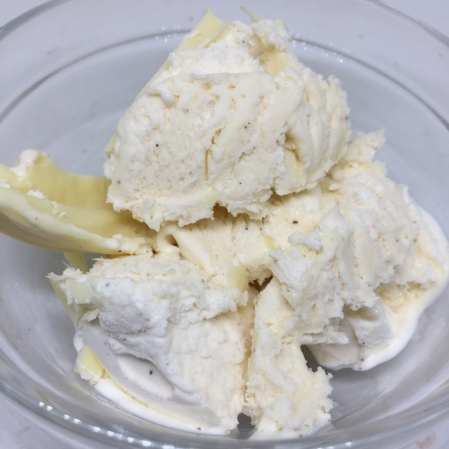 The sweet vanilla notes play off of the chocolate’s rich fattiness for an absurdly sweet but wickedly delicious union that I can’t help but love. Scraping off every last bit of the chocolate from the sides of the plastic and integrating them into the base is worth every ounce of effort and elbow grease it takes, even if it means scraping my knuckles to the point drawing a little blood. 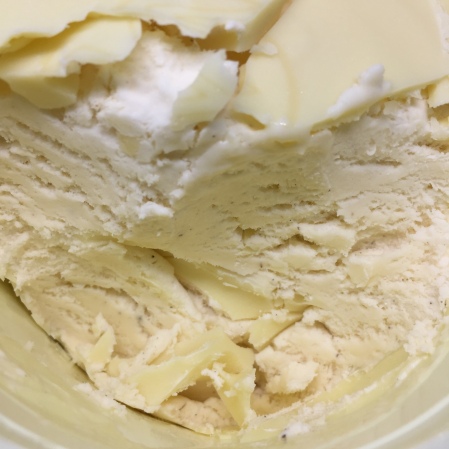 What this ice cream truly reminds me of is cake batter and frosting. Had Magnum tossed some sprinkles into this container they could have stopped every basic b in their tracks and caused a frenzy with what could be one of the best birthday cake pints ever in the grocery store. While the product itself is unabashedly sweet, it truly highlights the magic of white chocolate and its potential to really be the driving force of a killer ice cream.

Trader Joe’s turned Jingle Jangle into a BIGGER pretzel?! 👀😭💕 ⁣
I’m a bit of a skeptic when it comes to Dunkin' (team mom n pop and Krispy Kreme all day) but every once in awhile it drops a new, more premium donut that catches my eye. Last month Dunkin’ released the Cookie Butter donut and I simply had to ask myself — how could I not? The donut is a classic yeast shell filled with cookie butter buttercream, topped with maple icing, and covered in a layer of cookie pieces.
Thin Mints? Nah, it’s all about the Samoas! This packed pint from @badwalters pays homage to one of my favorite cookies ever. Today on the skillet - Scouts Honor. Link in bio! ⁣
A new sweet and salty creation from @lays is here…but can it stack up with our dearly departed?! 👀 ⁣
Can we all agree that pecan pie is the king of the dessert table at Thanksgiving? I don’t know if that’s a hot take because yes, pumpkin pie is amazing too, but, c’mon, a good pecan pie is the TRUTH! Dustin at BSBC seems to agree with me via this new addition to the November lineup. P-king is a molasses brown sugar cookie with brown sugar Pop Tarts, oatmeal cream pies, cinnamon chips, and candied pecans, stuffed with a Crown Royal pecan pie filling, rolled in cinnamon sugar.
Sprite Winter Spiced Cranberry Zero Sugar is BACK! But this is my FIRST SIP! 🤯 ⁣
Loading Comments...
%d bloggers like this: