I’ve always loved Sno Balls.  Starting at a very young age I held it down for team coconut, and those squishy mounds of jiggly marshmallow and cream-filled chocolate cake always got my chubby heart fluttering with joy.  Hell, I even like those red raspberry coconut Zingers that everyone else on earth seems to hate.  Needless to say, if there’s anything that could make Sno Balls better (aside from seasonal coloring, of course), it would be returning them to the icy tundra from which they came and immersing them in a vat of frozen creamy dairy.  Hostess and Nestle have once again combined forces to make all of our dreams come true with Sno Balls ice cream, which combines a marshmallow flavored ice cream with chocolate cake pieces and a whipped coconut swirl.  Are you dead yet?  Let’s eat. 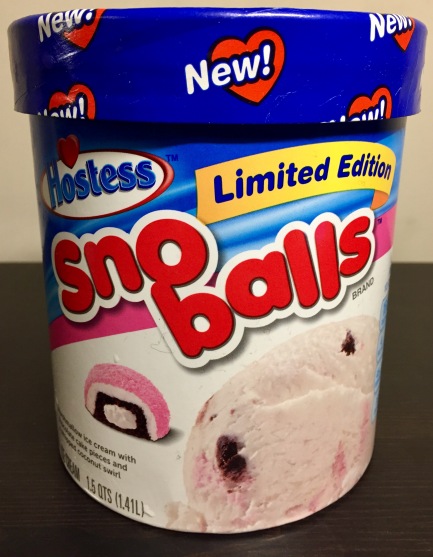 The ice cream is smooth and fluffy with a wonderfully decadent and addictive marshmallow texture that more closely mimics the ‘mallow than anything I’ve had not straight out of a Jet Puffed package.  There’s that undercurrent of sweet round vanilla that every so often crosses paths with a slightly gritty pink coconut swirl that is spot on the outside of Sno Balls.  It reminds me so much of eating the Hostess classic that I can almost feel the distinct squish of biting into one right out of the shiny cellophane.  Even though there isn’t tons of the swirl, I like how much they put in there because the coconut intensity weaves in and out of bites without becoming too dominant or taking over the entire profile. 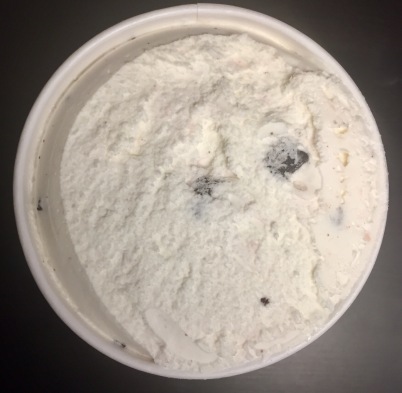 The cake pieces are dark with a brownie-like density and a distinctly deep cocoa flavor that stands out strong against the mellow marshmallow backdrop.  It’s not the highest quality mix in, but once again it stays true to the feeling and flavor of the treat that it aims to emulate.  Much like the Twinkies ice cream, the pieces are on the smaller side but there’s enough sprinkled throughout that chocolate keeps a constant presence and contributes greatly to the overall flavor. 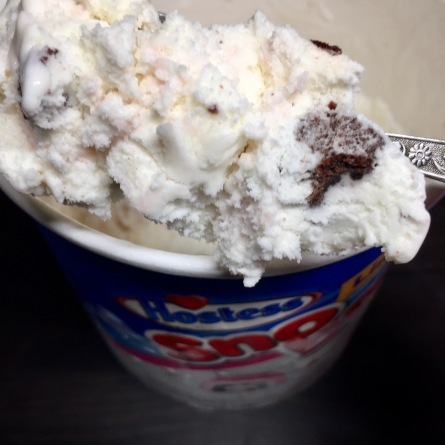 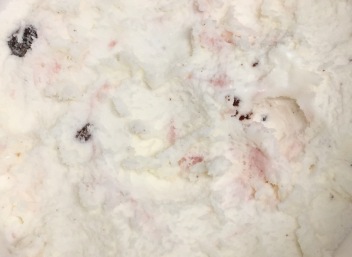 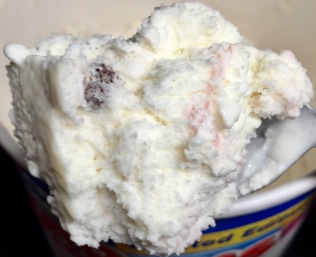 This ice cream does a tremendous job of putting a cold and melty twist on eating Sno Balls.  The marriage of marshmallow, coconut, and chocolate cake works really well as an ice cream that transcends the novelty appeal into something that is legitimately enjoyable and wouldn’t seem out of place at all in a higher end scoop shop.  The airier, lower milk fat type of base that Dreyers uses works much better than a denser more premium ice cream for bringing home that true marshmallow texture that the Sno Balls experience needs.  Eat this and be happy.