Cookie butter. Super delicious – but what the hell do you do with it? After pulverizing the wonderfully spice-laden European speculoos cookies into a sweet and crunchy spread akin to peanut butter, there aren’t too many paths to take other than a jar, a spoon, and a dimly lit kitchen. However, when feeling extra creative, indulgent, and cannibalistic, like topping a fried chicken sandwich with a fried egg, you can put that cookie butter into more cookies and make a cookie on cookie sandwich that should send sweet tooth’s spiraling into happiness. Enter – Oreo Limited Edition Cookie Butter Oreo’s.

As is customary in opening all new bags of cookies, I inhale the sugary aroma, and as is customary with most limited Oreo flavors, the smell is predominantly of the wafer, in this case, graham. There’s pretty much no spicy speculoos-y scent coming from the pristine rows of tan on tan on tan, and I’m not that surprised.

What I am surprised about though, is the flavor. These cookie butter cookies taste nearly nothing like cookie butter and entirely of graham cracker. The deep, spicy nuances of speculoos are nowhere to be found, and the creme simply backs up and mimics the flavor of the wafer. I love graham crackers, so the profile to me is overall pleasant, but it’s also a pretty big letdown, as there’s barely even a trace of cinnamon, let alone the nutmeg, cloves, pepper, or ginger I expect. 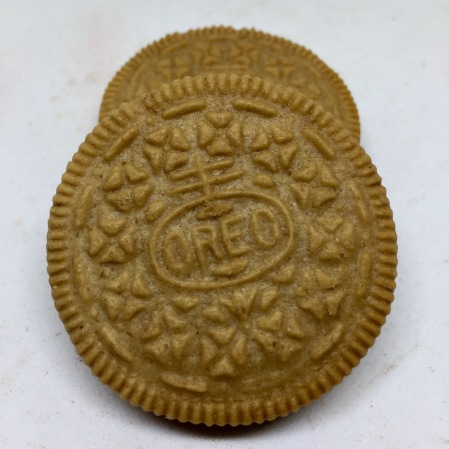 Where I will give Nabisco some credit with this limited edition is in the texture of the creme, which they made gritty and slightly chunky to mimic what comes inside the jars of the real stuff. Unfortunately the grittiness is about all that really resembles the cookie butter in the isolated creme, as the underlining flavor is closer to regular sweet Oreo “white stuff” than any spicy spreadable magic.

The one-noted aspect of these cookies ultimately makes them pretty boring. The most interesting part of eating these is the slight saltiness that’s revealed in the graham wafer against the relatively boring and flat creme. They’re less complex than a classic Oreo, and maybe even less complex than a Golden, and surprisingly one of the more disappointing limited releases this year. A creamy frosting-esque graham cracker? Most definitely. A cookie filled with cookie butter? Most definitely not. 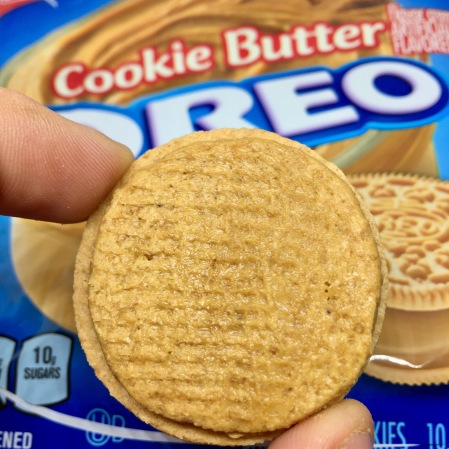