Vice Cream are a relatively new Boston-based premium ice cream company founded by cancer survivor Dan Schorr on the premise of “Life’s short, eat fuckin’ ice cream”. Their mission statement is in direct opposition to the current trend of low calorie desserts loaded with sugar alcohols and protein, and as a fan of all things rich and creamy I really respect that. Their distribution is getting stronger in 2018, and just in time for the peak of ice cream season their decadent offerings have made their way to the bay. Breakfast in Bed combines maple ice cream with sticky bun dough, pecan praline, maple syrup, and cinnamon cream cheese ripple.

There is a LOT going on in this pint, but fortunately they’re all complimentary flavors so none of the components battle each other. The maple base is smooth and creamy with a nice maple flair that isn’t too over-the-top with its sweetness. For the first couple of spoonfuls the maple is big and full, but begins to fade to a more standard sweet cream as I continue to eat. This is a problem with a lot of less common bases that steer away from chocolate and vanilla, as sometimes it’s hard to sustain a more unique profile through subsequent bites. As the flavor fizzles the dairy notes come more to the surface and a lighter density becomes more apparent, which makes the foundation a bit less intriguing. 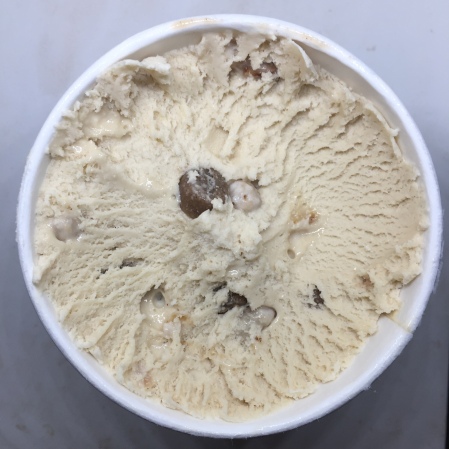 The sticky bun dough is the most prevalent of the mix-ins and brings a nice burst of sugar and cinnamon with gritty crunchiness that feels right at home next to the maple notes of the base. They’re a bit firmer and more subdued than the chunks in Ben & Jerry’s Cinnamon Buns but very similar in effectiveness and flavor. The pecans are less abundant but really delicious with a perfect fatty nutty essence complimented by just a hint more sweetness that helps bring some life back into the once faded maple ice cream. 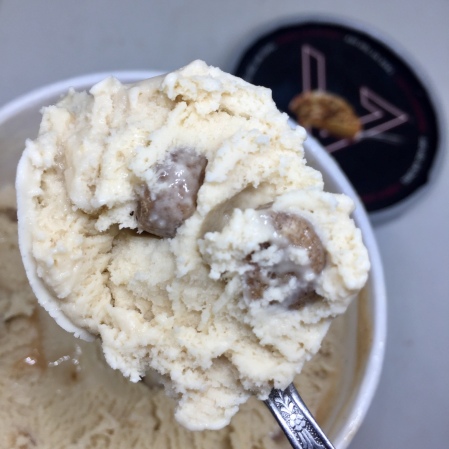 Both the maple syrup and cinnamon cream cheese ripple are kind of confusing as far as swirls go because I’m not sure I’m getting the same flavors that I’m reading. There’s a lovely thick light brown ribbon throughout a lot of the pint that has a caramel-esque texture and a bit of cinnamon flavor but it adds no more maple than what the base provides. I was hoping some additional maple presence would help boost up the overall breakfast vibes but it’s just not there. 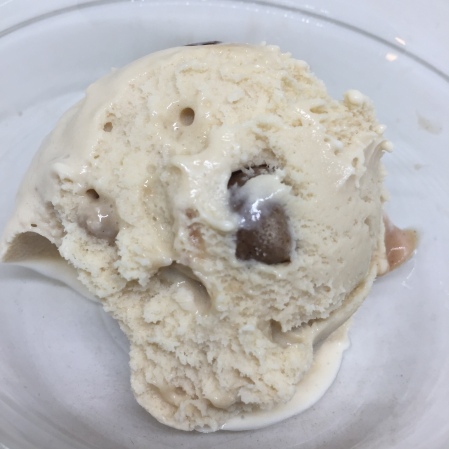 More problematic though, is the total absence of cream cheese. I love cream cheese when paired with cinnamon and maple and looked forward to that funky cheesy reprieve from the other sweet-leaning elements but I never got any. Past the halfway mark of the pint the mix-ins and ribbons completely stopped, and while they popped up in smaller quantities in the second half they never reached the standard set by the beginning of the experience.

Breakfast in Bed is far from perfect but is a really fun offering when compared to a lot of what can be found in the grocery store. I’m a sucker for cinnamon and sweet breakfasts, and while I didn’t eat this pint in bed, I was most definitely in my PJ’s, and I think it would pair mighty fine with a strong cup of coffee.
Rating: 7/10