Post have been an absolute rampage when it comes to killin’ the cereal game. Although I think I’m in the minority on this, I loved early 2017’s Cinnamon Pebbles, and to close out the year they brought back the beloved Oreo O’s to the States. To top it all off they dropped Honey Maid S’mores, which is without a doubt one of the strongest sweet-leaning cereal’s I’ve had in years. So where do they go from there? How about highlighting one of the most underrated and underappreciated cookies in the grocery store? That’s right, Post took the classic peanut butter onslaught of Nutter Butter and turned it into a cereal. How could this be anything less than amazing? 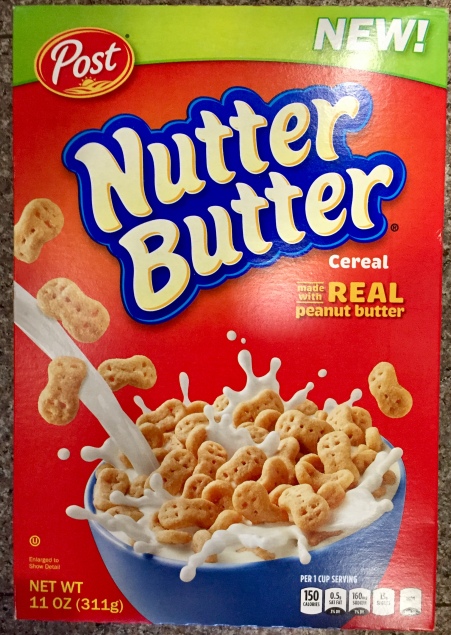 Opening up the top I legitimately begin to question whether I’m ripping into a box of cereal or a box of cookies. The aroma is dead on Nutter Butter with all the sweet crumbly peanut butter goodness I know from the red crinkly package. The pieces are cleverly shaped in the Nutter Butter figure 8 form with a little curvature and a notably solid amount of powder on the outside.

The flavor comes through just as strongly as the aroma. Eaten dry the cereal tastes nearly identical to the cookies, possibly even better than the smaller Nutter Butter Bites due to the very honorable creamy coating on the outside. The powdery coating has a great predominately sweet and slightly salty PB flavor that has not only the right taste for NB’s but a really wonderful mouthfeel.

In milk the success train keeps on choo-choo’n as the flavor stays just as strong with a bit more creaminess from the milk. The pieces hold up really well and don’t get soggy, maintaining a firm crunch that will impress even the most seasoned cereal veterans. 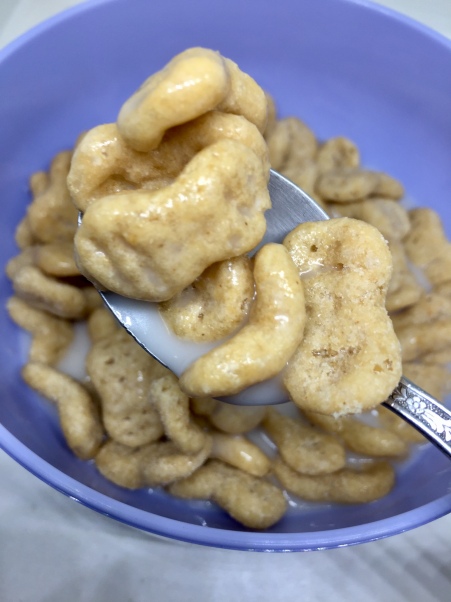 In short, we have a new peanut butter cereal champion. It’s kind of mind blowing how perfect it is, and I can’t think of a single way Post could have executed this cereal any better. Reese’s Puffs are one of my all time favorites, and that’s a little different because of the chocolate element, but Nutter Butter has taken the PB reigns away from the likes of PB Cap’n Crunch and PB Puffins with resounding authority. The crown comes with a small cost, as the fat (4.5g) and overall calories (150) are higher than most, but if that’s what it takes to make such a superior product I’m all for it, and honestly, it’s a cereal based in cookies, so who gives a shit.