The craft ice cream scene is so hot right now that the innovators and grocery store ice cream game changers are coming out of retirement. Ben & Jerry’s, the now Unilever-owned company that created Chocolate Chip Cookie Dough and put creative life into the freezer section of your favorite supermarket are beginning to unleash their Special Stash; a super limited run of pints only available online and in small quantities at their scoop shops. The series begins with a third collaboration with Jimmy Fallon, in an apparent ode to MoonPie. Marshmallow Moon is vanilla ice cream with marshmallow and graham swirls and fudge chunks. 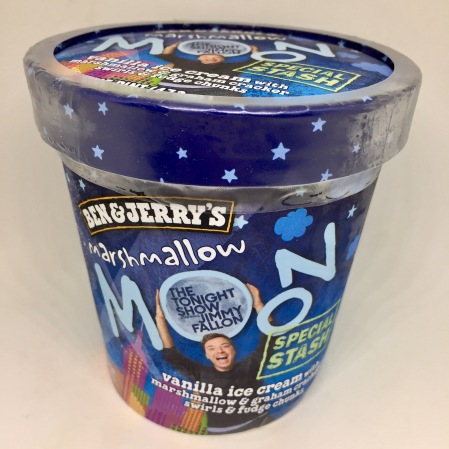 Let’s start off with the good – the graham cracker swirl is phenomenal. It’s salty, buttery, and bursting with golden graham flavor that rivals any elementary school’s snack time dunk contest. It’s the same swirl from Pumpkin Cheesecake and One Love but in much bigger, thicker quantity, which makes it automatically better. The grittiness and slight crunch of the swirl is hands down the best part of this pint and to be honest, kind of its saving grace. 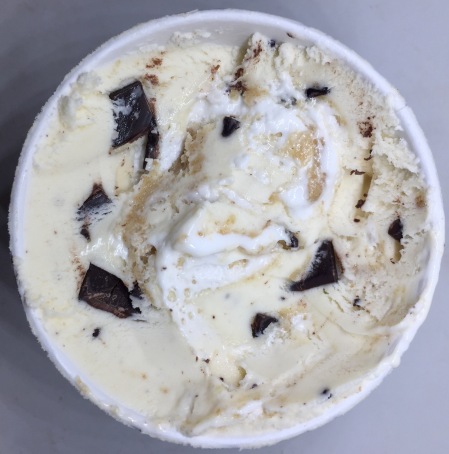 Now, onto the weakest part of the this flavor, and it’s a big one – the base. Ben & Jerry’s vanilla ice cream is fine, it’s just not really that great, and within the context of this profile it falls pretty flat. Yes, it’s rich and creamy, but the vanilla notes aren’t very pronounced and I don’t get any kind of intriguing pop at all. This vanilla ice cream NEEDS big gobs and chunks of mix-ins for it to work, and while it works well in tandem with the graham, it does a major disservice to the marshmallow by being bland and washing out the subtle nuances of the fun and fluffy ‘mallow. I was very excited to see nice amounts of the marshmallow swirl throughout my pint, but I never got to fully enjoy them. Aside from the textural and temperature differences, it was hard to distinguish the gooey stuff from the base. 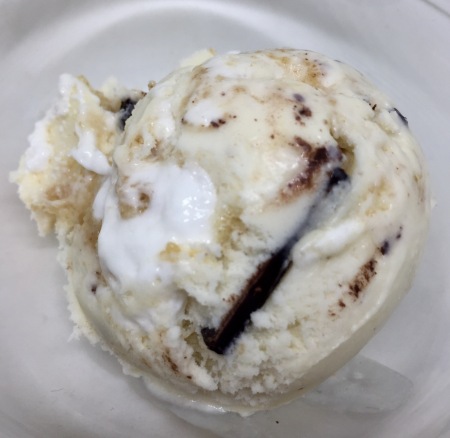 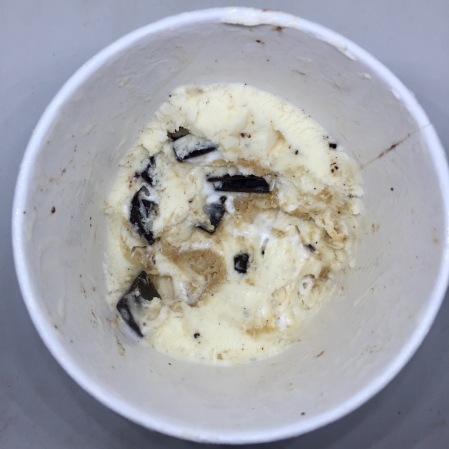 The fudge chunks are big and snappy and tasty but ultimately kind of boring. Again, vanilla and chocolate are such standard fair that unless I got a good amount of the graham this just felt like chocolate chip ice cream with really big chips and relatively average vanilla.

I love the idea of Ben & Jerry’s doing an ongoing Special Stash series, but this first entry is too safe and an average introduction into something that has a lot more potential than this pint shows. A simple change in base to peanut butter, caramel, malt, or hell, even a vanilla bean with more robust flavor, could have made this a much more solid ice cream. The Special Stash line also comes with a higher price, and at double the cost I usually pay for B&J’s it starts to inch towards the more gourmet small batch stuff. If they want to play that game they’ve gotta put their thinking caps on to push the envelop a little farther and earn my hard earned ice cream dollars.