I’ve had a standard cream based Peanut Butter pie, which was delicious. And a Reese’s-inspired cheesecake, which was, of course, amazing; but that’s kind of it for me and pie-shaped creations utilizing one of the world’s finest ingredients. Based on a little bit of internet research it looks like Choc PB Pie is a nice creamy peanut butter custard on a graham cracker crust with a thinner layer of chocolate ganache on top, and now I feel like I’ve been really missing out. Thank goodness the junk food overlords at Nabisco are here to wake me the eff up with a brand new apparently non-limited edition Oreo that combines a graham flavored wafer with a peanut butter and chocolate flavored creme.

The graham cookie perfectly compliments the peanut butter inside for a very familiar flavor – Nutter Butter. While not exactly the same, my initial reaction is the classic Nutter Butter profile with notes of honey and just a hint of chocolate. The graham adds an earthiness to the experience that’s really nice and tempers a bit of the sweetness while still being legit sugary. The crème inside is split down the middle and surprisingly the chocolate doesn’t overpower at all, but just compliments with some soft milk chocolate cocoa flavor that does more rounding out than it does dominating.

This Oreo will automatically draw comparisons to 2014’s cherished Reese’s Peanut Butter Cup Oreo, which were awesome and somehow better than the standard edition PB cookie that’s available year round. I really liked those cookies, and I think my girlfriend ate an entire box in one day, but these, these…they might even be better. I can’t say off of memory whether it’s the same sweeter crème on the inside but the way the balance is working it certainly tastes that way. 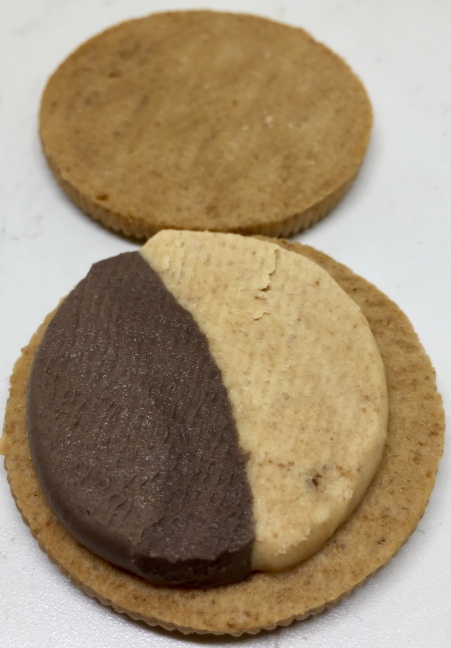 A major bonus point for these Oreo are their ability to make amends for the slightly underwhelming PB&J limited edition cookies from last year. A simple dallop of jelly added to the inside makes these the perfect peanut butter and jelly treat. 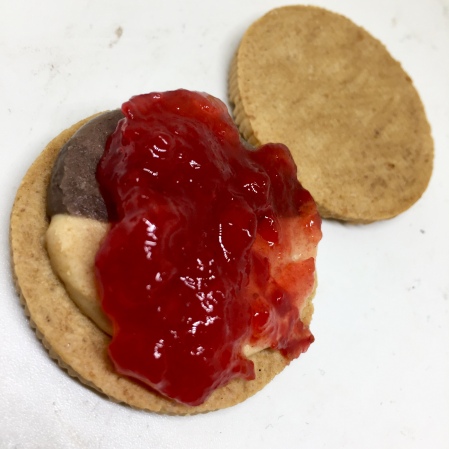 Chocolate and peanut butter are unquestionably one of the best flavor combinations of all time, and usually the ratio goes in favor of chocolate, which is delicious, but not my favorite. A heavier PB-ratio is why I think Reese’s original Eggs released for Easter are one of the if not THE best candy of all time, and that same wonderful sweet and salty balance is on perfect display in these cookies. This is an Oreo for the peanut butter lovers, and as an apparent full time addition to the lineup it ranks up there with Cinnamon Bun and Red Velvet as the best spin’s on the classic that Nabisco have put out to date.